It’s almost moving day at the White House ― and critics of President Donald Trump couldn’t be happier at one sure sign of the administration’s impending departure: boxes.

Reuters photographer Erin Scott captured a truckload of unfolded boxes arriving at the Eisenhower Executive Office Building next to the White House, presumably to be filled with stuff as Trump staffers make their exists: 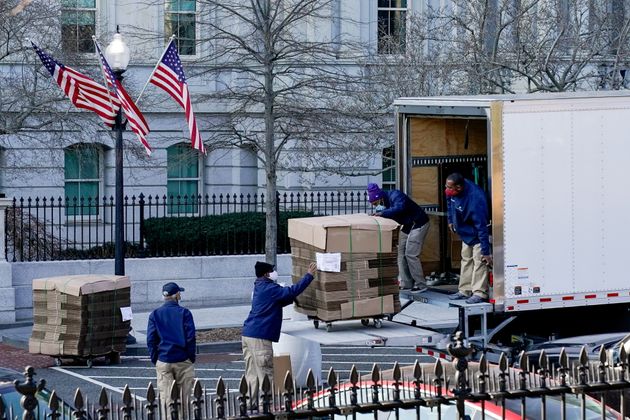 Scott also snapped an image of workers leaving the West Wing with their filled boxes: 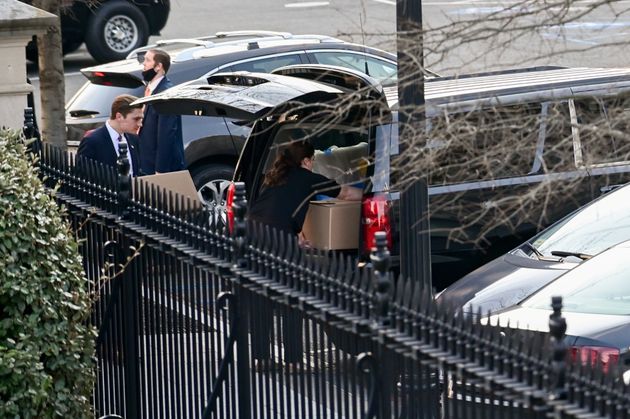 People load boxes and other items from the West Wing of the White House into a vehicle on Wednesday.

After last week’s violent attack on the U.S. Capitol carried out by his supporters, he finally admitted that “a new administration will be inaugurated on January 20.”

He did not mention Biden by name.

The sight of moving boxes at the White House had Trump’s critics on social media cheering:

It’s been a crazy day, a crazy week, a crazy year. Maybe this image will let you get some sleep tonight. The moving boxes have arrived at the White House. pic.twitter.com/Wr9PybdYer

Letter: Why the continued challenges to election results? – Opinion – Monroe

Historians having to tape together records that Trump tore up |…

Pompeo’s 11th-hour announcement and the future of U.S.-Taiwan…

Timeline Of Violence During Trump’s Presidency

What History Tells Us about President-Elect Biden’s Cabinet

Impeachment in the House, President Trump and Biden: Live News…