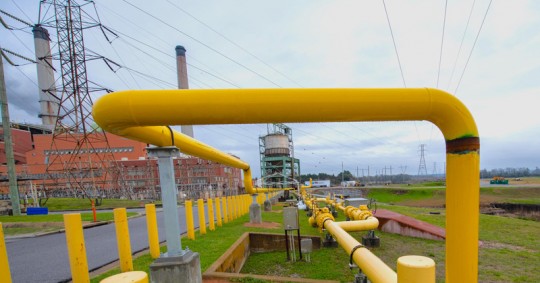 Gulf Power, a division Florida Power & Light Company (FPL), ceased coal-fired power generation at its Plant Crist in Escambia County. The plant modernization, which FPL initiated immediately after purchasing Gulf Power from the Southern Company, includes a conversion to run entirely on American-produced, cleaner natural gas – cutting the plant’s carbon emissions rate by 40% and marking the end of Gulf Power’s use of coal to generate energy in Florida. 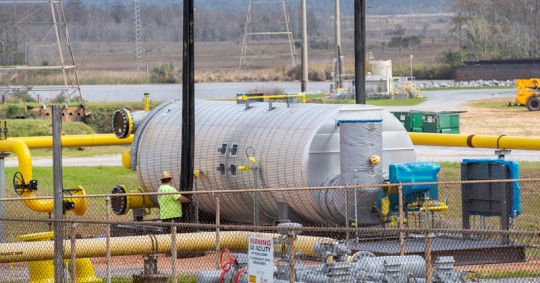 Converting coal-burning units to run on natural gas was a major piece of the modernization underway at Plant Crist, along with the addition of four new, highly efficient combustion turbines to provide greater reliability and efficiency for the energy grid and a new natural gas pipeline to provide additional natural gas for the plant.

Over the past several months, Gulf Power has installed an underground natural gas pipeline that runs 39 miles from the Florida Gas Transmission Pipeline near Century, through McDavid, Molino and Cantonment, to the company’s Plant Crist.

The retirement of coal at Plant Crist was accelerated by Hurricane Sally, which caused damage to the plant’s coal equipment. The company determined that it is in the best interests of its customers to accelerate the modernization instead of repairing the coal equipment.

Pictured top: Bright yellow new pipes threaded throughout the inside and outside of Plant Crist this year are the visible signs of the coal to natural gas conversion that will allow the plant to run 100% on U.S. produced natural gas. Pictured inset: A crane hoists one of the larger pieces of new equipment at Plant Crist, a gas heater, into place at the Plant Crist gas yard as part of the coal to natural gas conversion. The heater will warm the natural gas to keep it from freezing in the pressure control valves that send the gas from the pipeline to the power plant. Courtesy photos for NorthEscambia.com, click to enlarge.

How Covid-19 Accelerated The Rise Of Ghost Kitchens

Critics, supporters weigh in on gas pipeline that would travel through Luzerne

Cork homeowner (82) ‘blown away’ after being gifted…

Minnesota Power to retire coal plants, sets goal of being…