When Lalu Prasad gave nod for leave during menstruation 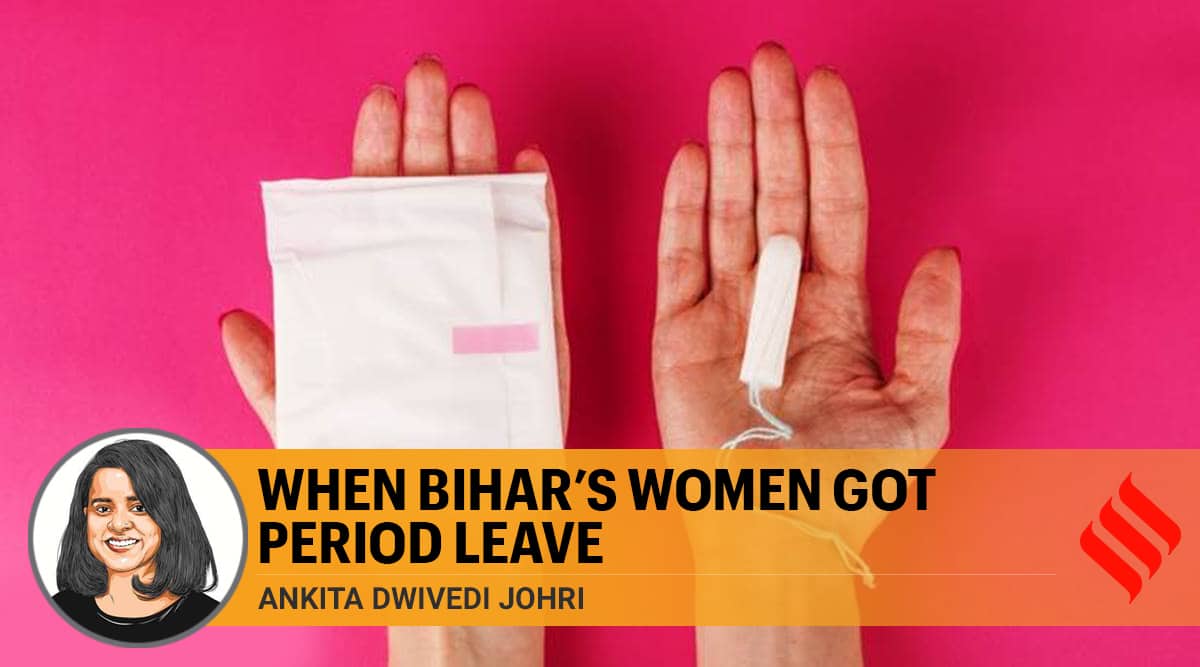 Zomato’s decision to grant menstrual leave to its women employees has sparked a polarised discussion on whether such a policy will sow seeds of discrimination at the workplace or offer relief for women dealing with crippling pain every month. What remains relatively untalked of is how, nearly 30 years ago, the Lalu Prasad government in Bihar introduced such a step for working women — revolutionary both for the state (which lags on most development indices), and for its time (when women formed a small portion of working staff).

Rambali Prasad, general secretary of the Bihar Non-Gazetted Employees’ Federation (Gope faction), recalls that it was 1990 and Lalu had become CM of Bihar for the first time, leading the Janata Dal to power and marking a historical shift in the balance of power to backward castes in the state.

It was a time of hartals, Prasad says. “Nearly six lakh employees were on strike, demanding better salaries, promotions etc. About 10% per cent were women. In Patna, 5,000 of us would stand at the Secretariat and raise our demands every day.”

Among the women who were part of the strikes were teachers, auxiliary nurses, clerks and typists. “Towards the end of 1991, when we launched a 32-day strike, some women asked for menstrual leave to be added to the demands,” recollects Prasad.

Meena Tiwari, national general secretary of the All India Progressive Women’s Alliance, who was also a part of the agitation then, says the list of demands grew to include toilets, creches, and hostels.

In late 1991, Prasad and his team finally got an audience with the CM. Negotiations went on for four days, “sometimes beginning at 7 pm and going on well past 1 am”. When the issue of menstrual leave came up, he recalls, “Laluji listened patiently”. “We criticise him for many things, but on this, he was with us,” says Prasad.

At the end of the negotiations, not all the demands were accepted, but the CM gave his nod for leave during menstruation, says Tiwari. On January 2, 1992, a state government order declared that all women employees would get two consecutive days of leave every month (apart from usual offs).

Veteran RJD leader Shivanand Tiwari, who was vice-president of the state’s Citizen’s Council at the time, says it was “a turbulent period and the order hardly got any media coverage”. “The Mandal protests were raging. There was violence… I don’t remember what prompted Lalu Prasad to agree, but it was a natural decision and there were barely any hurdles. No one spoke about it in all these years…,” says the 77-year-old leader over the phone from Patna.

“Bihar was the first state to introduce such a progressive legislation. Now the women decide which days to take the leave by simply sending an email to their boss. Also, (last year) they were told that they can decide when to stop taking the leave because (menopause) time is different for different women,” says Raj Kumar, Director of Bihar Social Welfare Department.

But, it took a long time for the order to percolate down the system. “The Patna University Teachers’ Association sought its implementation. However, most women professors, especially in co-educational colleges, found it awkward to ask for such a leave,” says former Patna University history professor Bharati S Kumar.

In the university’s post-graduate Department of History, which Kumar went on to head as the first woman HoD, there were 5 women and 20 male professors at the time. Kumar says she decided to take the lead. “I wrote an application for leave when I had my periods. For a second, the HoD was stumped. He just looked at me, but then he agreed,” says Kumar. “There were sarcastic smiles from my male colleagues, some said ‘Ek aur favour mil gaya (The women have got another privilege)’, but it didn’t matter.”

Later, Kumar recalls, she recounted her experience at the ‘Patna College Ladies Teacher’s Club’, comprising a group of about 25 women professors who met over tea to discuss personal and professional issues.

Soon, she says, the others too were ready to write their own applications.

📣 The Indian Express is now on Telegram. Click here to join our channel (@indianexpress) and stay updated with the latest headlines

For all the latest Opinion News, download Indian Express App.

Input and Output Price Indices in Agricultural and Livestock…

Vanguard sold stakes in Chinese firms sanctioned by US

Why financial markets are now largely embracing the Biden era |…

An irresistible destination for global investors